Blessings Of Early Morning Hours: A Sermon By An Autorickshaw Driver 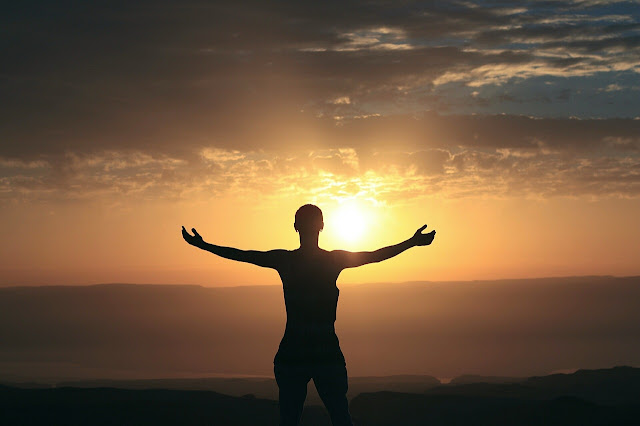 Ben Franklin once said, “Early to bed, early to rise, makes a man healthy, wealthy and wise.” Most of us are agreed with this phrase. But, what is in the early morning hours that makes a man healthy, wealthy and wise?
A few days ago I was traveling to Delhi from Hyderabad. My train was scheduled at 8:30 early morning. I left my interim residential place one hour early to reach the departure station before time.
I hired an auto to reach the station. The autorickshaw driver was much garrulous. However, his talks were having much relevance to life. He shared many things but one thing made me write this piece was his sermon on blessings in early morning hours.
He said that early morning hours has many benefits for us. Since he was a Muslim wearing white skull cap and grown his beard, he said that after waking up for morning prayer called Fajr (which is generally observed at 5 every morning) we should not go back to sleep again. “After the prayer, we should start our day because there are lots of blessings in early morning hours. Fajr prayer is the crucial reason for Muslims to wake up early morning,” said the auto driver.
He further added that those who wake up early and start their day are affluent. “Look at newspaper sellers, milk sellers, and owners of hotels who open their hotels early in the morning have lots of money. They earn a lot. No matter if you are a Muslim or belong to any other religion if you wake up early and start your day you will be active all the day. Moreover, you will have more income because early hours are full of blessings,” explained the driver.
The worldly benefits of early hours
Allah himself swears by the morning hours before cheering up his beloved Prophet (Peace Be Upon Him) at the beginning of Surah Al-Duha. As reported in Sunan Ibn Majah: When the Prophet (Peace Be Upon Him) used to set out his army, he would send them at the beginning of the day. Sakhr Al-Ghamdi was a man engaged in trade, and he used to send his goods out at the beginning of the day, and his wealth grew and increased.
The above hadith is clearly explaining that early hours are blessed more. Let’s take a look at what researchers say on this.
Journal of Applied Social Psychology showed that early risers are more likely to identify long-range goals and to feel confident.
Harvard biologist Chris Randler discovery strengthens the above study. He discovered that early risers are more proactive and more likely to anticipate and to address problems efficiently.
Spiritual benefits of early hours
The Quran says, “Perform the Salat (Prayer) from midday till the darkness of the night, and recite the Qur’an in the early dawn. Verily, the recitation of the Qur’an in the early dawn is ever witnessed (attended by the angels).” (Qur’an 17:78)
The last sentence of the verse is needed more attention to observe the blessings of early morning hours. What could be better than angels are listening to you while you are reciting the Quran.